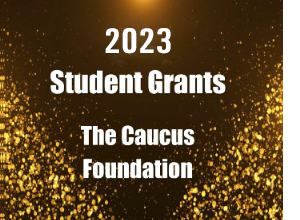 In 22 years, 201 grants, over $2 Million in finishing funds and awards to College and University students across the country. 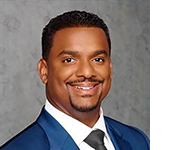 The Caucus Foundation is pleased to have Alfonso Ribeiro host the 2021 Student Grant Awards. Ribeiro will introduce us to this year's Grantees and present the Gold circle Awards.

The Foundation is grateful to it's funders

The Caucus Foundation is saddened at the passing of the legendary Chuck Fries. Chuck was the heart and soul of the Caucus for over 45 years. His leadership and dedication kept our organization moving forward and supporting the creative talents in our industry.

Twenty years ago, he was instrumental in creating the Caucus Foundation which has now given over $2 million to help College and University students complete their work and help them begin their careers in film and television.

Chuck leaves behind a large and loving family and a legacy as the "Godfather" of the TV Movie and a creative producer and business executive responsible for hundreds of im-portant and successful features and television programs. He has also been honored by many industry groups including the Producer's Guild, the TV Academy, and others, but it is our personal connection to Chuck and his guidance in our work at the Caucus that stands out to all of us in the organization at this sad moment. We wish his family our most heartfelt condolences. His passing will leave an enormous void in the entertainment industry and in the Caucus and the Caucus Foundation.

His commitment to helping the next generation is evident in the mission statement of the Foundation and his family requests that any donations in his honor be made to the Caucus Foundation at https://www.caucusfoundation.org/donate.html 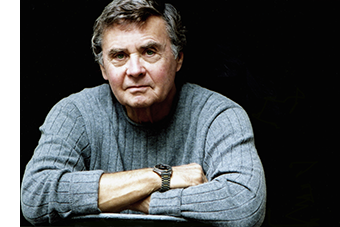 The Caucus and The Caucus Foundation mourn the passing of our colleague Veteran Hollywood Producer/Director/Network Executive Norman S. Powell, who passed away on June 16th at the age of 86. His career in television and film spanned six decades. He never retired, and at the time of his passing was working on a sequel to his award winning documentary, Brothers At War with partner Jake Rademacher and Executive Producers Gary Sinise and Phil Gurin, as well as writing a soon to be published memoir.

As an executive with CBS Television, Norman advanced to Senior Vice President of CBS Entertainment Productions and supervised develop-ment and production of more than 80 movies-for-television and 11 series.

Some of the awards and recognitions Norman was most proud to receive include a Telly Award for American Valor, an Emmy and Producers Guild Award nomination for 24, a Peoples Choice Award for Rescue 911, an Emmy nomination for Washington: Behind Closed Doors, Telly Awards for Politics and Warriors and The War on Boys, an AMPIA Award for Outstanding Contribution to the Motion Picture Industry in Alberta, Canada, and a Best Picture Award from the GI Film Festival for Brothers At War.

Norman was a long-time member of the Directors Guild of America and an active member of The Caucus for Producers, Writers & Directors, where he served two terms as Chair. He is also the recipient of The Caucus' Distinguished Service Award and Lifetime Achievement Award. Charitable donations in his memory may be made to The Gary Sinise Foundation, www.garysinisefoundation.org or The Caucus Foundation, www.caucusfoundation.org 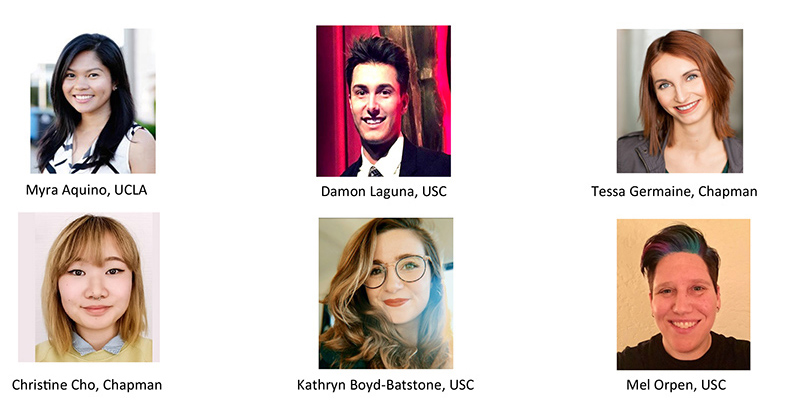 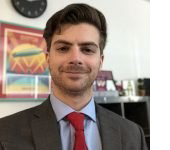 The Caucus Foundation Grant has meant the world to us! Both the director and I poured our hearts, souls, and bank accounts into Rust because we be-lieved in it. So to have those feelings validated through your generous award means a lot.
- Aaron Fink, Chapman University
2019 First Place Gold Circle Award Winner 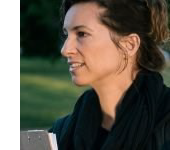 The Caucus Foundation's grant came at a critical time in the process of making my thesis film. Though I was far into the picture editing process, the grant allowed me to see the film through to completion by funding professional color grading and sound mixing. Without these funds, I would not have been able to finish this film properly. But now I have a film that I am proud to have represent me as a director. There is nothing more valuable than this to someone in the nas-cent stage of a new career. Thank you, Caucus Foundation.
- Kelly Pike, UCLA 2019 Second Place Gold Circle Award Winner

The 2018 Caucus Foundation Television/New Media Award was presented to the creative team from USC for "Coventry", a short form dramatic series about an Army veteran suffering from traumatic memories.